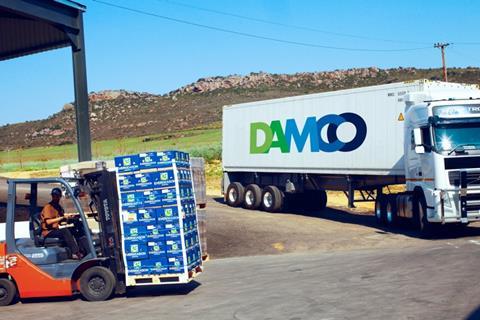 Global freight forwarder and logistics services provider Damco has revealed it spent more than expected in pursuing new business in emerging markets during the first half of the year, reporting total revenue of US$1.53bn and a net operating loss of US$2m for the six-month period.

According to the Copenhagen-based company, underlying Ebita before special items in the first half of the year came in at US$24m, down from US$34m in the same period of 2013.

This was slightly less than anticipated, due mainly to its costs being higher than expected as it attempted to 'strengthen and prepare the organisation for the future in a number of the growth markets'.
However, year-on-year growth remained healthy, Damco insisted. Airfreight volumes were up significantly (+14 per cent), outperforming the market, it said.

'In weak markets we continue to invest in building the future with special focus on expanding our geographical coverage and rolling out our new global freight management system,' commented chief executive Rolf Habben-Jansen.
“This is needed to enable future growth and to optimize our cost to serve. We will start seeing the benefits from this later this year and expect to see solid, year-on-year improvements in the results from Q4 2013 onwards,' he added.

Despite the upbeat outlook as far as its own business is concerned, Damco said it did not anticipate a major improvement in the overall market situation during the second half of this year.

'Damco will remain fully focused on further improving and extending the services to customers to enable them to continue to grow further with Damco and on starting to capture the significant planned benefits from the investments made in the last quarters to boost efficiency,' it added.