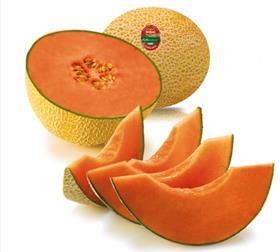 Del Monte Fresh Produce has revealed the company will begin to distribute a new cantaloupe melon variety (from its Central American winter production base) as of January 2011.

“MAG-nificent is a proprietary melon variety and just one of the new varieties that del Monte has in the pipeline,” marketing vice-president Dionysios “Dennis” Christou told Fruitnet.com.

“MAG-nificent is more consistent than a traditional cantaloupe – it has a longer shelf-life and a unique golden shell. It also has a sweeter flavour and aroma, as well as a smaller seed cavity since the flesh extends all the way to the rind.”

Continued innovations from Del Monte will bring “excitement” to the market and rejuvenate the category, according to Mr Christou, thereby presenting many opportunities for expansion within the fresh produce department.

“There is much opportunity for growth in the melon category and Del Monte has devoted significant resources to research and development for the introduction of new differentiable varieties,” Mr Christou explained.