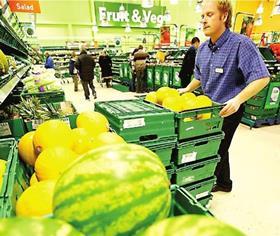 The Central American melon industry is anticipating significant delays to the start of its 2010/11 export season following an usually long rainy season.

Planted area is also down (due to a contraction in production), meaning supply is set to be more in line with market demand, which should boost prices.

Shipments from Guatemala are expected to get underway in late November, with Costa Rica and Honduras coming on stream in January 2011.

But given this year’s reduction in melon acreage in Costa Rica and Guatemala, local suppliers said the market outlook is more favourable than it has been for several seasons.

However, exporters added consumer confidence is still shaky in the wake of the global financial crisis, both in the US and in Europe.

“Consumption is unlikely to increase this season, but with the multinationals scaling back their production in Central America dramatically, we’re confident that we will see a better balance between demand and supply,” one major grower-exporter told Fruitnet.com.