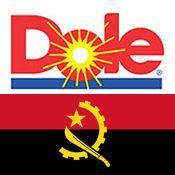 The worlds’ largest producer of fresh fruit and vegetables, Dole Food Co., is considering investing in the Angolan province of Benguela, according to Reuters.

A local banana producer, Manuel Monteiro, said he met with representatives from Dole on Saturday who wanted to invest in the banana industry.

The province’s director of rural development also reportedly said he had met with Dole about the possible investment.

Angola’s banana industry was once one of the largest in the world, before a 27-year civil war turned farmers into refugees. The war ended in 2002, and now the rebirth of the country’s agricultural sector has drawn the interest of companies like Dole and Chiquita.

Since 2002, the Benguela agricultural province has since received investment in new roads, a railway and a deep-water port.