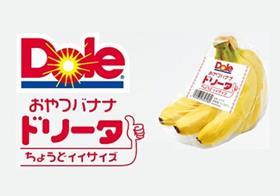 “We have been engaged in a very active dialogue with the Chinese regulatory agency, and we will continue to seek approval at the earliest date possible in 2013. We are confident that there are no competition issues that would complicate receiving antitrust approval in China.”

Carter, who will also take up roles as president and chief operating officer in the new sans-Asia Dole the company following the sale to Itochu, also announced the company had secured new loans and credit facilities from its four banking partners, enabling it to pay off US$1.7bn in debts and cover restructuring expenses arising from the sale.

Carter said he believed the outlook for the new, slimmer Dole was promising overall, and that ‘rightsizing’ efforts would yield results in the coming year’s financial turnout.

But while the damage to the Philippine banana sector from Typhoon Bopha has pushed up prices in Asia, he said that has not spilled over into the North American or European markets yet.

“Despite the tightening global supply, we continue to see aggressive contract negotiations in the North American banana market even though costs are higher, with some importers seeking to buy market share,” Carter explained.

“The fresh fruit business of the new Dole is continuing to experience declining earnings in a continued difficult economic environment.”