South Africa is expected to ship almost 8 per cent less table grapes this season when compared with the previous campaign. 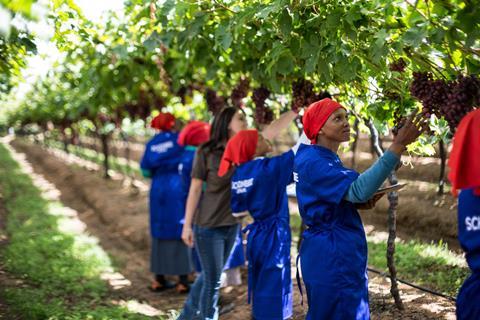 Industry body SATI said in its first estimate of the season that the total volume was expected to reach nearly 72m cartons.

“Should historical trends between inspected volumes and actual exported volumes be repeated this year, it may result in the number of cartons actually exported dipping below 70m (4.5kg equivalent),” said Jacques Ferreira, information and systems manager at SATI.

This is the first anticipated reduction in the export crop in a number of years and comes on the back of a very difficult 2022 season, marked by cost increases, logistical problems and delays in shipments.

“Whilst a larger portion of newer generation varieties with potential higher yield are expected to come into full production this season, various factors indicate that the expected yield is likely to be lower,” Ferreira outlined.

This included a decrease in both total hectares planted, down by 1 per cent, and full bearing hectares also being down on last year.

Ferreira said there was an increased focus on crop load management (less bunches on the vines) and quality to accommodate anticipated travel times to market because of logistical factors.

It is also anticipated that more grapes will be sold on the local market and more fruit directed to raisin production.

SATI pointed out that during the past six years the official crop estimates had been fairly accurate, with the anticipated limits proving within proximity to the final number of cartons inspected for export.

“The first crop estimate represents a reasonable deduction based on multiple factors. Figures may be revised as required,” Ferreira said.

“We expect to see a continued upward trend towards white seedless grapes in certain regions. Producers remain focused on quality, both on-farm and during the cold chain process and are dedicated to maintaining South Africa’s position as the preferred country of origin for retailers around the globe.”