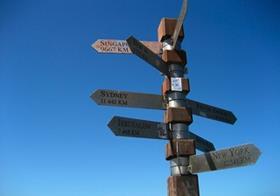 A new report by international retail specialist Planet Retail has said that investors in the world's key emerging markets should look forward to a positive future, with growth expected to gather momentum in 2010.

In the study, entitled 'Emerging Markets 2009', Planet Retail found that, despite current economic troubles, the long-term prospects remains positive for investors in these markets, due to factors such as growing populations and higher life expectancy.

It is a far cry from autumn last year, when the downturn sent industrial output and commodity prices falling, while unemployment in key emerging markets such as China, Brazil, Mexico and Russia began rising steadily.

'The fact that social welfare nets continue to be very thin in emerging markets has meant that consumer confidence has been suffering heavy blows,' said Boris Planner, Planet Retail's global macroeconomics manager. 'This is due to middle class people cutting their spending almost immediately when they feel their jobs are danger.'

'The food retail sector has been affected to a lesser extent, of course, but even here down-trading trends have become visible – away from the traditional sector to efficiency-based value formats such as hypermarkets and discounters; away from manufacturers branded products to private label where this is available; and away from luxury food categories back to staple foods,' she added.