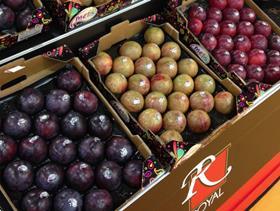 The European Commission is to take action to stop Russia from blocking overland shipments of Spanish fruit bound for China.

The announcement comes in response to complaints raised by Murcian MEP Ramón Luis Valcárcel that Russia’s actions go well beyond its embargo on imports of agricultural products from the European Union.

The Commission said it would employ every means at its disposal to force Russia to comply with WTO rules on the free movement of goods, including taking legal action if necessary.

The Commission has asked the Russian authorities for clarification on the terms of the veto on several occasions since it came into effect in August 2014, but their response has been “very ambiguous”.

Moscow claims its interpretation of the scope of the embargo is based on various pieces of national legislation, including the Customs Code of the Eurasian Economic Union.

Russia’s obstructions have led the Commission to explore alternative routes to the Chinese market. It is currently in discussions with the Ukrainian government, which is developing a transport itinerary with other countries in the Southern Caucasus and Central Asian region.