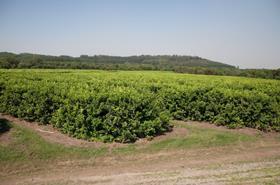 The European Commission has given the green light for citrus imports from Argentina to resume after suspending trade last August following the high level of interceptions of shipments carrying Citrus Black Spot.

Announcing the news this week, Argentina’s plant health authority Senasa, said the new measure would come into effect on 1 May.

Senasa’s president, Carlos Paz, said the lifting of the ban followed concerted efforts by the public and private sectors to strengthen control measures in the field and packhouse and increase the number of staff on its regional teams in order to improve the monitoring and supervision of citrus exports.

Citrus accounts for four out of every ten fruits that Argentina exports and the EU is one of its biggest markets, taking around 200,000 tonnes of citrus in the last five years.

The measures and conditions for the re-entry of citrus fruit to the EU include additional actions that must be carried out both by the different actors of the private and public sectors.

These include mandatory field application of phytosanitary treatments against Black Spot; official verification of the application of these treatments; laboratory analysis of the fruit sampled both in the field and in packaging when suspicious symptoms of the disease are detected; official communication to the EU of the lists of production units and names of the companies responsible for the units, as well as updates to these lists.

Faced with these new conditions, Senasa is acting to implement or verify these actions both in operational and IT aspects. From now on, the challenge of continuing with exports and keeping the market operational is presented due to the relevance it has for our fruit.