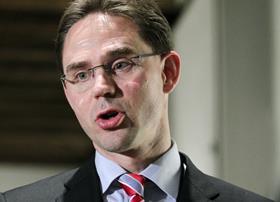 Europe hopes to restart free trade talks with the Gulf Cooperation Council, according to a report in Gulf News, in response to the increasing protectionism of the new US administration.

“We would like to restart FTA negotiations with the GCC,” said Jyrki Katainen, the European Commission’s vice-president for jobs, growth, investment and competitiveness, on a visit to the Saudi capital, Riyadh.

Following talks with Saudi and UAE officials, he suggested that there was now “political momentum” for such a deal.

“It’s been quite interesting to hear that authorities here [in Saudi Arabia], as well as in UAE,” said Katainen. “They agreed with us that [the] political situation is quite worrisome.”

He said that the resumption of trade talks would send a “strong signal” to the rest of the world that the EU and the Gulf continue to believe in open trade, stressing that “benefits come from increasing trade”.

Katainen also suggested that the need for both Europe and the Gulf to modernise their economies would boost the prospects of restarting free trade talks.