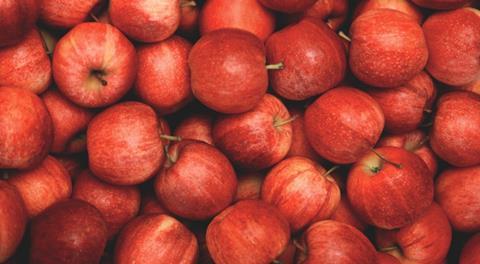 Finding new customers in Asia and building on existing commercial relationships in the Middle East and Africa will be priorities for Slovenia’s largest apple supplier Evrosad this season, as the company looks to return to a full commercial campaign after two seasons hampered by frost damage.

The group’s crop is back to normal but it faces a tricky market in Europe, where apple volumes are especially high and an unusually warm autumn has reportedly kept a lid on consumption. Evrosad director Boštjan Kozole believes the key to success this season and beyond will be to pursue further growth outside Europe.

“It’s important for us to develop markets like Dubai, Egypt and the Far East where we are already selling quite a lot,” he tells Eurofruit. “We want to focus on selling more Royal Gala, Granny Smith, Fuji, Golden Delicious to Asia and Africa. We are looking for new countries to supply in the Far East, like Malaysia, Singapore, Taiwan, India and so on. We believe this can be the answer to the challenging market in Europe.”

In fact, Evrosad’s experience in Dubai stretches back eight seasons. Working with import partners like Marhaba in Dubai and Fresh Fruit Company in Egypt, it has been able to grow steadily.

As for the future, Kozole says Slovenian apples are more than capable of competing on quality. “When it comes to Royal Gala, we are definitely at the same level as the French and Italians, maybe sometimes better in terms of taste. Even if we are not so well known, we are not competing on volume so that quality difference is key.”