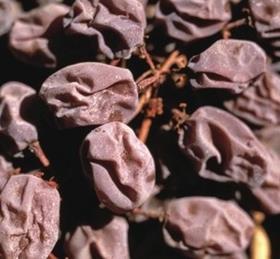 Fairtrade raisins from Afghanistan are set to become available to UK consumers from this month onwards, according to the Fairtrade Foundation.

The Fairtrade raisins are produced by Tropical Wholefoods in collaboration with international non-governmental organisation Mercy Corps and the Parwan Raisin Producer Co-operative (PRPC), which consists of five groups of 300 farmers based in the Shomali Plain in Parwan province, just outside Kabul.

Chris Davis, the Fairtrade Foundation’s director of producer partnerships, commented: 'This new product is great news for Fairtrade and the Afghani farmers. Areas of conflict – even sporadic – suffer extreme poverty and there are many opportunities for Fairtrade to make an impact in supporting communities in these areas.'

Since the ?Although Fairtrade Labelling Organizations International (FLO) auditors have been unable to carry out physical inspections due to a lack of security in the region, NGOs and local consultants have been charged with reporting compliance with Fairtrade standards.