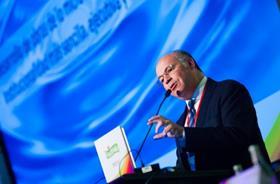 Chilean fruit producer union Fedefruta has voiced concerns that imposing a lockdown during the peak season could create a shortage of workers and disrupt supply.

President Jorge Valenzuela noted that there is already a lower availability of seasonal workers in areas such as Atacama, where the table grape harvest is fast approaching, due to companies being unable to hire workers from other countries like Bolivia.

“The pandemic is clearly complicating the availability of workers and the quality of work,” he said. “With the cherry harvest underway in the central zone and the beginning of the table grape season in the north, a possible second wave of Covid-19 in January could end up with cities and production regions being locked down at the peak of the season.”

Speaking at an event for the country’s nursery industry Agro Plant ñuble, Valenzuela said a second wave would impact grapes, cherries, berries, stonefruit and other products.

“As long as we have traceability in the processes and rigorously apply all the protocols that we have agreed upon, we will be able to continue operating,” he said.

But he warned that a lockdown in a particular region or city could lead to logistical problems, causing delays in fresh fruit which the sector could not afford.

“A hard confinement in some region of course it will mean problems, so as a federation we will have to be very responsible, and take care of our fields and our crops,” he continued.

Valenzuela noted that in Atacama, companies have had to mobilise workers from other regions, “which has increased costs, and brought in labour unfamiliar with the particular work of table grapes in the north, which is affecting quality”.

He called on companies to provide proper training, as well as ensure compliance with health and safety measures to prevent the spread of Covid-19 in farms and packhouses.