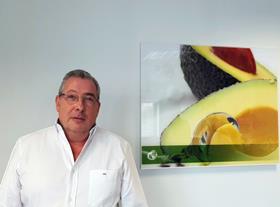 Over the past year and a half, France has witnessed the temporary closure of restaurants, corporate cafeteria and even street markets as authorities acted to control the spread of Covid-19. However, despite the interruptions to normal life, not least through lockdowns and curfews, the consumption of avocados in France has continued to increase, according to Gabriel Burunat, president of Paris-based importer Commercial Fruits.

“This is a sign that the avocado has earned its place on the retail shelves and is now regarded as a common consumer product,” he says. “At a time when most supermarkets and hypermarkets are deciding to reduce the range on their shelves and refocus on basic products, no outlet in France has withdrawn avocados, despite retail prices being quite high at times.”

According to Burunat, sales of avocados in Paris’s Les Halles market, as well as in France's street markets and supermarkets, have more than compensated for the drop-off in restaurant sales.

“We estimate that between 2019 and 2020, consumption increased by more than 10 per cent,” says Burunat, “with per capita consumption in France now surpassing 2kg. This growth has been repeated year after year for the past four to five years.”

This increase in consumption has been necessary given growing global production, says Burunat.

“The records are being broken in terms of volumes, especially during the summer season, when Peru becomes the main European supplier,” explains Burunat. “Supplies can sometimes be excessive in certain peak weeks, to the detriment of prices.”

But the market is generally able to absorb the rise in volume, he says. During the latest season, Burunat reveals, volumes from Peru to Europe were running at 18 per cent higher than the previous year, and yet prices went up.

“However, it’s worth pointing out that the volumes were better distributed, more consistent and with less pronounced peaks than last season,” he explains.

For over a year, he says, the company has witnessed fluctuations between shortages and oversupply, affecting price stability.
“Faced with an ever-growing global production, with new origins arriving on the market like Colombia, Tanzania, Zimbabwe, Morocco and Mozambique, the difficulty will be in finding the right balance of volumes on the different markets at different periods of supply,” says Burunat.