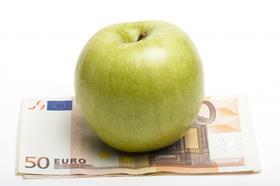 Freshfel Europe is urging the European Commission to retain the €200m promotion budget in its 2021 Annual Work Programme (AWP) and double the fruit and vegetable sector’s previous allocation of €8m to €16m for activities stimulating European consumption.

With the fruit and vegetable sector up against multiple and multi-faceted challenges in the coming years, such as Covid-19 repercussions, Brexit and heavy competition on international markets, maintaining the overall promotion budget and increasing the specific designated allowance for fruit and vegetables was vital, Freshfel outlined.

Yesterday (29 October) Freshfel Europe sent its detailed analysis of the 2021 AWP in the framework of Regulation (EU) No.1144/2014 on information provision and promotion measures concerning agricultural products to EU agriculture commissioner Wojciechowski, urging the European Commission to retain the €200m promotion budget for 2021.

Freshfel Europe expressed its 'strong concern' about the European Commission’s initial budget allocation breakdown to the various topics under simple and multi programmes on the internal and third country markets, which showed a 'highly disproportionate allocation of budget for organic and other EU quality schemes compared to their market shares'.

The allocation breakdown would dangerously limit the capacity of general promotion activities to stimulate the consumption of fruit and vegetables, Freshfel warned, irrespective of their production method or quality mark.

Promoting overall fruit and vegetable consumption is described as 'the sector’s greatest challenge', according to Freshfel, with EU consumption stagnating at around 345g per capita per day, which is below the WHO recommendation of at least 400g per day.

“Freshfel Europe strongly urges the European Commission to at least double the budget under Topic D for multi programmes on the internal market, focusing on increasing the consumption of fruit and vegetables in the EU in the context of balanced and proper dietary practices,' said Freshfel Europe general delegate Philippe Binard.

Freshfel requested the European Commission to raise the budget from the current €8m to at least €16m in the 2021 AWP.

“This higher budget would allow more EU promotion activities in the coming years to build on the momentum that the upcoming 2021 UN International Year of Fruit and Vegetables will bring for the sector, and reinforce promotion activities promoting healthy sustainable diets,' Binard added.

Furthermore, Freshfel Europe outlined that a substantial budget allocation increase would allow the sector to capitalise on renewed consumer interest in the beneficial health and nutrition assets of fruits and vegetables that has arisen from the Covid-19 health environment.

Freshfel Europe called on the European Commission to respect the intentions of Regulation (EU) No.1144/2014 as it had done in previous years and ensure that the 2021 AWP is designed to stimulate sales and consumption on the internal market and boost exports to third countries markets, and not be solely oriented to artificially administer ambitions set under political-based frameworks, such as the current Farm to Fork Strategy.