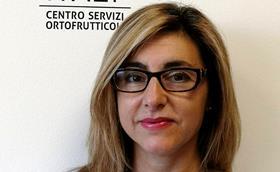 Freshfel Europe representative Simona Rubbi, of CSO in Italy, has been elected chair of the European Commission Civil Dialogue Group (CDG) on Quality and Promotion.

Freshfel said that it welcomed the appointment and outlined its commitment to driving the CDG's agenda during Rubbi’s one-year chairmanship.

Upcoming important topics for the CDG under the Farm to Fork Strategy will include the reassessment of the PGI-PDO policy, food fraud and the review of the EU's promotion policy.

“During Rubbi’s chairmanship Freshfel Europe will be committed to driving the CDG agenda to focus on important issues under the European Commission’s Farm to Fork Strategy,' said Freshfel general delegate Philippe Binard. 'Among the priority topics to be discussed in the CDG meetings will be the reassessment of the PGI-PDO policy, food fraud and in particular the review of the EU promotion policy.”

“During my mandate representing Freshfel Europe and CSO Italy, I will strive to ensure constructive discussions amongst stakeholders on upcoming promotion and quality priorities so that the CDG can continue its positive work alongside European Commission officials,' Rubbi said.

In recent months during the Covid-19 pandemic the health benefits of fresh fruit and vegetables has been brought to closer attention, and the Farm to Fork Strategy focusing on sustainable production and consumption also presents a great opportunity for the sector to stimulate consumption levels.

In addition to this CDG chair, Freshfel Europe currently holds the Chair for the CDG on Horticulture for the section on Fruit and Vegetables, held by Freshfel Europe’s representative José Antonio Garcia Fernandez of Ailimpo in Spain.