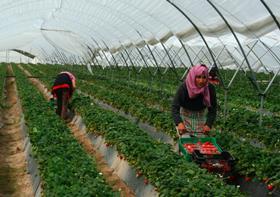 Huelva’s berry association Freshuelva has warned that the steep rise in production costs facing the region’s growers will have grave consequences for the profitability of the campaign.

The association said costs have shot up to “almost impossible” levels, citing increases of 20 per cent in plants, 150 per cent in fertilisers, 33 per cent in water and 46 per cent in plastics. The biggest rises, however, have been in the cost of diesel (up 73 per cent) and electricity (up 270 per cent).

Added to this are the labour and social health costs derived from the pandemic, which have increased by almost 30 per cent in the last three years.

Freshuelva is calling for the government to implement effective measures to reverse this situation so that “farmers can be paid prices that allow them to live with dignity”.

It is also urging supermarkets to support local production and pay prices that are fair for both producers and consumers, to help the sector compete against cheaper imports from third countries.