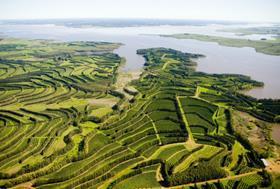 Frutura hasannounced it has signed an agreement to acquire Citrícola Salteña (Caputto), Uruguay’s biggest citrus exporter, which filed for bankruptcy in 2019.

Caputto is a global supplier and marketer of citrus and juice, with customers in Europe, North and South America, the Middle East and South-East Asia.

According to a media release from Frutura, the agreement-to-acquire is the result of an auction of assets through block sale, led by the Banco de la República Oriental del Uruguay (Brou) and adjudicated in the court system of Montevideo, Uruguay.

Frutura was notified that it was among qualified bidders on 8 March and the auction was held in Montevideo on 15 March. Citrícola Salteña requested a bankruptcy action in 2019 and the Commercial Defense League (Lideco) has served as the court-appointed trustee since that time.

“Acquiring these assets and establishing Frutura Uruguay means a lot to me personally and will be a powerful addition in service to our customers,”said David Krause, Frutura’s CEO.

“The company’s reputation for high-quality fruit and history of innovation sold us on this deal. We plan to selectively infuse capital; review existing varietal offerings; and enhance process efficiencies. We expect that each of these moves will be meaningful for Frutura Uruguay’s growth.”

Romain Corneille, who was reported to be instrumental in discussions during Frutura’s due diligence, has been appointed Frutura Uruguay’s new executive director. Corneille previously served as CEO of Argentina-based San Miguel Global and has extensive experience throughout Latin America

Alejandro Buratovich, who resides in Uruguay and will serve as Frutura’s local representative, has been named CEO.

“Corneille and Buratovich worked closely together at San Miguel Global and form a well-established and strong team as they guide the business going forward,” said Frutura. “Frutura anticipates significant new synergies in the region, thanks to their growing network and the leadership of these two seasoned executives.”

One of the team’s priorities will be to build on the environmental heritage of Citrícola Salteña, according to Frutura. “Uruguay enjoys the protection of both the Atlantic Ocean and the Río de la Plata, making it a fertile ecosystem, naturally well-suited to the cultivation of premium citrus,” said the company.

Caputto has a reputation as a pioneer in introducing innovation and automation agriculture, including the early adoption of technology in the groves, according to Frutura.

“They continued to invest in agronomic research and were the first to engineer best-in-class packing, grading and sorting systems in Uruguay, ensuring superior fruit consistent in size and colour,” said the company.

“Frutura Uruguay will build on this innovation legacy through the collaboration and exchange of best practices that is part of becoming a Frutura company.”