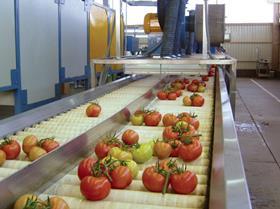 Calls by a group of Floridian tomato growers for the term FOB (Free On Board) to be redefined as part of their ongoing war against Mexican imports have been dismissed by political posturing by one of the US’s leading industry bodies.

FOB pricing historically includes costs and expenses up to the FOB selling point for a given commodity.

But under a proposal by the Florida Tomato Exchange (FTE), for tomatoes sold at shipping points along the border such as San Diego, Nogales, and McAllen, movement and handling expenses from the physical border to US warehouses incurred before sale – which since 1996 have been included within the FOB shipping point price – would have to be added to the applicable reference price.

This would essentially mandate that sellers double-charge buyers for expenses that were designed to be covered by the existing minimum price.

The Fresh Produce Association of the Americas (FPAA) said the FTE is pushing the Department of Commerce to fundamentally change long-standing industry sales practices to the benefit of a small group of Florida growers and the detriment of the produce industry at large.

“If this change is allowed to go forward, the cost of tomatoes could spike, while the bedrock produce trading term of ‘Free On Board’ (FOB) sales from shipping point would be fundamentally altered.These both pose risks to the economy,” the FPAA said.

Responding to political pressure from trade lawyers representing FTE, Commerce is seeking public comment on an FTE proposal that stands to increase tomato prices and reduce competition, even as tomato shippers and consumers struggle.

“The Consumer Price Index rose over 5 per cent in the past month, and now some greedy interests seek to further disrupt the fresh tomato market,” said FPAA president Lance Jungmeyer.

“Tomato prices would spike and add to food inflation, which is especially tough when so many Americans are already struggling.”

The FPAA said tomato shipping point prices could increase by as much as 20 per cent if Commerce follows through with the FTE’s proposed changes of the 2019 Tomato Suspension Agreement.

If Commerce accepts FTE’s proposed interpretation, the government-mandated floor price for Mexican tomatoes would be inflated to double-count certain expenses that previously had already been built in to the negotiated market price.

“For many grocers and wholesalers, there would be no choice but to pass on these extra costs to consumers,” Jungmeyer said.

If parties had intended to change the essential meaning of the industry term “FOB sale,” parties would have objected strenuously during the previous negotiation, and yet there were no such complaints, the FPAA has noted in its public comments on this issue.

“This is just another example of FTE attempting to manipulate and undermine existing industry practices to create chaos in the tomato supply chain,” said Jungmeyer.

“Florida tomato growers have been unable or unwilling to adapt to consumer preferences for vine-ripened tomatoes and still supply mainly tomatoes that are picked green and artificially ripened in rooms injected with ethylene gas.

“Instead of changing their own production methods to meet changing consumer demand, FTE reflexively blames imports and tries to game the system by demanding Commerce make an unprecedented rule change as to the meaning of FOB sales price. Commerce cannot move forward with FTE’s absurd demands or it threats to undermine FOB pricing norms for the entire produce industry.”