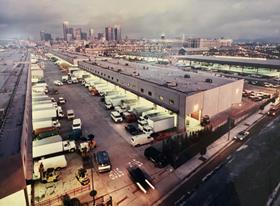 The company’s wholesale operation was founded in Los Angeles, California in 1922 by Giuseppe 'Joe' Giumarra and his brothers.

At the time of its inception, Giumarra Brothers Fruit Company (GBF) was based at the 7th Street Market in Los Angeles (formerly called LA Union Terminal Market), under a canopied area of the market known as 'the yard'. The operation sold produce, namely oranges, from a small stall.

At the time, his trips from Los Angeles to San Bernardino County took upwards of three days via hard-wheeled truck. His brother, George Giumarra Sr, and brother-in-law, Dominick Corsaro, managed the wholesale operation on site in Los Angeles and sold the produce Joe procured.

Joe, originally from Sicily, dreamed of growing his own produce and eventually purchased acreage in Bakersfield, California in 1939. That acreage became Giumarra Vineyards, one of the largest table grape growers in the world.

In addition to growing, Giumarra Vineyards now also breeds and licenses its own extensive line of proprietary grape varieties, Arra, in partnership with the Karniel family of Grapa Varieties.

“I often joke that I hardly recognise our company because we have changed so much in 100 years,” said Don Corsaro, former president and current chairman of the Giumarra Companies.

“Our strength lies in our ability to evolve while staying true to our founding values, and we will continue to grow under our current team led by John Corsaro and Tim Riley.”

The wholesale business continues to operate and is run by division manager Chuck Anunciation, a 47-year veteran in the produce industry.

“I’m humbled as I reflect on the late nights, early mornings, and grit of our past leaders and employees who all contributed to the Giumarra Companies in its modern form,' said John Corsaro, CEO of the Giumarra Companies. 'We look forward to sharing the next evolution of our business with the world as we focus on services, technology, and of course, great-tasting produce.'