Grapefruit yet to show its hand 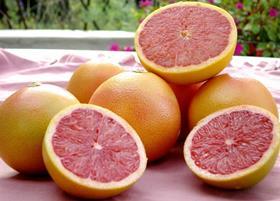 After a few years of positive signals for the future of South African grapefruit, development in terms of exports shows that it is perhaps too early to talk about the recovery of the category.

The industry reached an all-time record in export volume in 2018, when 16.5m cartons were exported. This year, however, exports fell back to 14.2m cartons, almost 14 per cent down on the previous year.

What the new season will hold, will only become clear when the first estimate is revealed in March next year. It remains to be seen whether the forecast for next year will increase, given the drought conditions in certain parts of the country.

South Africa is now just about the only grapefruit exporter in the world. If the industry plays its cards right, it can built itself a strong position in the category.

The Citrus Growers’ Association (CGA) said the drop in exports this year was due to dry conditions in all grapefruit regions.

It emerged that ports in the Netherlands were the most important point of entry for South African grapefruit in Europe. Around 70,000 tons landed in the Netherlands, but it must be accepted that a large volume of this fruit was traded on to other countries.

On the other hand, shipments to China have fallen from 52,000 tonnes in 2018, to 35,000 in 2019. “China was oversupplied early with small sized fruit of poor colour which contributed to prices dropping,” said the CGA in its end of season review.

Since 2010, South African grapefruit export volumes have grown from 11.2m cartons to reach their highest point of 16.5m cartons in 2018.

The fairly dramatic growth of more than 4m cartons between 2016 and 2018 seemed to indicate that the sector would enter a new era of growth. However, things are put in perspective when you remember that the industry already exported more than 16m cartons in 2012. Mostly, during the past six years, exports have varied between 12m and 14m cartons.

Some sources say that, in the light of declines in grapefruit consumption in the traditional countries, it is perhaps now important to present the fruit as more fashionable for younger consumers. For South Africa this would mean the introduction of a market development programme, which would inspire more interest in the fruit.