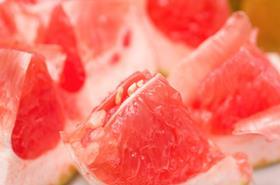 University of Florida (UF) researchers have discovered another possible solution to the plague of citrus greening that is impacting Florida’s citrus groves, information added to the growing portfolio of knowledge that UF scientists are amassing to fight the deadly disease.

“Our findings present another solid block of information in the foundation of finding solutions to citrus greening,” said Christopher Gardner, a biological scientist who was a member of the research team.

Results showed that the treatment decreased infection in the roots of citrus trees compared to the control trees and increased fruit production (15 per cent) following twelve months of treatment with benzbromarone and tolfenamic acid.

Two field trials were conducted in Florida, where benz, tolf and the combination of benz and tolf were evaluated for effectiveness against the greening bacterium in sweet orange and white grapefruit trees, ranging from 8 to 12 years old, with treatments delivered by trunk injections.

The amount of C. paradise fruit classified in categories of higher marketable value significantly increased after the treatments; the combined benzbromarone and tolfenamic treatment was the most effective.

Trees that received injections formulated with the combined treatment (Benz and Tolf) were found to produce 15 per cent more fruit (by fresh fruit weight), when compared to the control group.

C. paradisi trees that received tolfenamic acid trunk injections had 7 per cent more fruit at the time of harvest, when compared to controls that received buffer only.

“Considering that treatments were only administered for one season, we found these results to be remarkable, as reduced fruit size is one of the primary adverse effects of citrus greening disease,” said Gardner.

The treatments did not compromise tree viability or the soil surrounding the trees, nor did the treatment create any negative long-term effects that would inhibit the safety of the fruit.

The chemical treatments included in the project have not been assessed or approved by the FDA or USDA for use in agriculture.

'Researchers will continue testing compounds with similarities to those we have already identified (Benz and Tolf), to find chemicals with higher efficacy against Liberibacter asiaticus,' the team said. 'While more research is needed, the findings contributed to the growing portfolio of knowledge on fighting citrus greening.'

The research was recently published in Nature Scientific Reports.