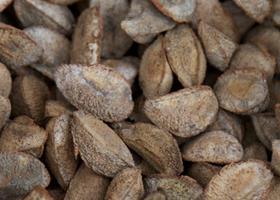 Under the deal, Haches and Schindler recently established an EBA branch in Hamburg, Germany, to handle and market the Bolivian products – primarily Brazil nuts.

In addition, a brand name called Vivir Bien (Live Well) has just been formally registered for the distribution of the nuts as a Bolivian product.

Haches and Schindler is keen to establish an ethical trading programme in order to support the local communities in Bolivia whose livelihoods depend on the harvesting and sale of Amazonian products such as Brazil nuts, as an alternative to the wood or cattle industries.

The nuts are grown in ancient, protected Amazonian rainforests in the regional departments of Beni and Pando, and are harvested and cracked by hand.

According to Andreas Schindler, Haches and Schindler will sell the nuts across Europe as well as in Israel, Russia, the US and Asia.

“We’re planning to handle 100 containers this year, compared with 20 last year,” Schindler told Americafruit, Asiafruit and Eurofruit, adding that the nuts will be shipped from Chile’s Port of Arica to Hamburg via Houston in the US.

“We have big plans,” Schindler added. “Demand is good this year, and there is a lot of interest in the nuts because of their nutritional benefits.”

Germany is one of the biggest consumers of Brazil nuts, according to EBA, while Bolivia is the biggest producer ahead of Peru and Brazil.

“Through direct marketing we will strengthen the concept of fair trade, as well as the contact between producer and consumers and the development of direct trade relations,” explained Patricia Ballivian, general director of Sedem, the service for the development of public and producing companies.

EBA exported US$40m-worth of almonds in 2012 and this year plans to boost sales thanks to direct sales to Europe.

Haches and Schindler was established in Hamburg during 2009 by Bolivian agribusiness expert and Don Limón import manager Rolando Haches together with Germany’s Schindler family.