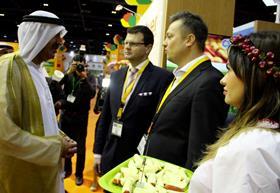 Polish authorities are setting up business missions to a number of new markets as the country’s fresh produce exporters continue their search for alternatives to the elusive Russian market.

According to deputy development minister Radosław Domagalski, Kazakhstan is one market that has big potential for Polish companies.

“This market is opening up when it comes to privatisation,” he told Polskie Radio. “Plans for special economic zones similar to Poland’s are being drawn up.”

In addition to Kazakhstan, Domagalski named Cuba, Mexico and China as other markets with potential, while efforts are already underway to gain a presence in India, the Middle East and Africa, including in Algeria and Senegal.

The ministry of development is reportedly working to set up an export promotion agency to aid such efforts.