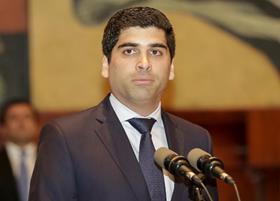 Representatives from the main Latin American and Caribbean banana producing countries met in Quito on Monday to discuss joint measures to prevent the spread of TR4 after samples taken from two plantations in northern Colombian tested positive for the fungus.

The agriculture ministers of Colombia, Peru, Bolivia, Brazil, Mexico, Cuba, Guatemala, Costa Rica, Honduras and Panama, as well as delegates of the Andean Community of Nations (CAN), the International Regional Organisation for Agricultural Health (Oirsa) and the German organisation GIZ took part in the meeting, which was convened by Ecuador’s vice president, Otto Sonnenholzner.

Stressing that biosecurity was the responsibility of every citizen in the region, Sonnenholzner said: “Let’s be clear: in selling bananas we are competitors, but in order to fight disease we are strategic allies”.

He said the 13 countries at the meeting were “united and committed to protecting the industry”.

During the meeting, each country set out its plan of action to protect its banana industry.

Ecuador’s Vice Minister of Agricultural Development, Byron Flores, said that the government had implemented the protocol to prevent the disease from entering the country. This includes biosecurity measures at ports, airports and border crossings, such as the disinfection of containers and footwear, and baggage checks on passengers arriving from high risk countries.

Ecuadorean Agriculture Minister Xavier Lazo highlighted the importance of bananas to the regional economy, both as a source of employment and revenue.

“Protecting our agricultural heritage is not a matter of a single country, but for the whole region,” he stressed.