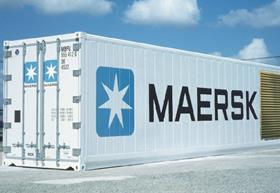 According to the group, net profit was boosted by divestment gains from the sale of Netto Foodstores Limited UK, a move that brought in US$0.7bn.

Container activities made a profit of US$0.4bn,a lthough this was a considerable drop on the US$1.2bn recorded in 2010, as supply of capacity reduced rates and this, combined with high bunker prices, set margins under pressure throughout the half.

The number of containers carried increased by 6 per cent to 3.8m FFE, Maersk said, while average freight rates, including bunker surcharges, were down 3 per cent.

Terminal activities, meanwhile, saw a profit of US$304, down on US$528m last year, with container throughout up 8 per cent.

'Thanks to the good performance of our terminals and oil related businesses, the Group has delivered a satisfactory result for the first half-year,' said Group CEO Nils Andersen. 'As we anticipated at the start of the year, the shipping market has been difficult, due to growing capacity, and we expect the slow economic growth and market volatility to continue for the coming quarters.

'We have taken advantage of our solid financial position to invest in our core businesses and are thereby preparing ourselves for continued and profitable long-term growth,' he added.

In its outlook report for the rest of 2011, Maersk forecast a lower result than that recorded for full-year 2010, with global demand for seaborne cargo to grow by 6-8 per cent, although the forecast is subject to 'considerable uncertainty'.