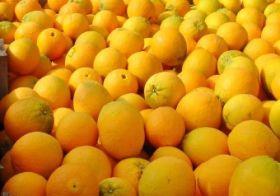 South Africa’s citrus industry has said that it generated billions in exports in 2019 despite a bruising year.

The Citrus Growers Association (CGA) has released its final export volumes for the 2019 season, and said it had packed 126m cartons of fruit, shipped to countries around the world.

This was around 10m cartons down on last year’s record export volume of 136m cartons, although the industry said in a statement that it remained the second largest global exporter of citrus fruit.

“Despite events beyond the control of growers, the industry again managed to contribute around R20bn in export revenue for the country,” the CGA statement noted. Drought and container terminal delays were cited as major impediments.

It is significant to note that this year’s export volume was still the second highest in the country’s history. Significant growth is still forecast over the next ten years. driven mainly by growth in the soft citrus and lemon sectors.

The CGA statement said dry conditions in the northern areas of the country had severely affected some growers and inhibited production.

“Fortunately, South Africa has such a diverse spread of growing regions that the decline remains within the acceptable targets established by the industry. While oranges and grapefruit production has suffered, soft citrus and lemons have exceeded last year’s production.”

The extended strike at the Ngqura Container Terminal near Port Elizabeth, as well as ongoing problems with infrastructure, staff and logistics at all South African ports, have proved a nightmare for fresh produce exporters.

“The Citrus Growers’ Association has actively engaged with Minister for Public Enterprises, Pravin Gordhan, to resolve the problems,' the statement continued. 'Minister Gordhan visited the Durban port on Monday to engage with exporters in the hope of finding constructive solutions to the problem.”

The CGA highlighted the citrus industry’s importance to the South African economy and job creation in the country.

“The citrus industry exports to more than 100 countries around the world, and supports 120,000 jobs. With support from the government to expand market access and improve port infrastructure, the industry is poised to be a major player in supporting the national economic strategy.”

While it will be around three months before the 2020 season starts, it is clear that drought conditions in the north of the country, mainly around the Letsitele and Hoedspruit areas, remain critical. Growers in the region say they face a very difficult year.

It is therefore unlikely that South Africa will in 2020 see a return to 2018 export levels.