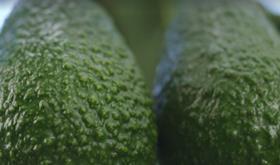 Colombia avocado growers are now able to sell their fruit to Chile. According to the Colombian Agricultural Institute (ICA), seven years of negotiations between the two countries signed culminated in the signing of deal last month paving the way for exports.

The new deal brings the total number of markets to which Colombian Hass avocados now have access to 24.

The sector also continues to make headway in the US market, one of the world’s biggest consumers of avocados. While Europe remains Colombia’s main export market, shipments to the US saw a 434 per cent rise in 2019 compared to the previous year.

According to the ICA, American consumers will tuck into more than 43 tonnes of Colombian avocados during this weekend’s Super Bowl.

At the end of last year, the industry set up the Colombia Avocado Board (CAB) to promote its avocados in the US. It will be funded through grower volume assessments and suppliers.

Colombian growers harvest avocados through two harvesting seasons: October to March is the main season with a secondary season of May through August.