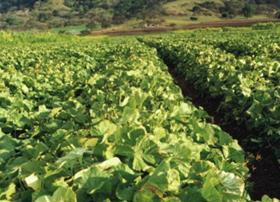 New reports in Costa Rica have revealed that US-based fresh produce multinationals Dole Food Company and Fresh Del Monte are to close facilities in the country as a result of higher operational costs caused by the drop in value of the dollar.

The Standard Fruit Company, the Costa Rica-based subsidiary of Dole, is to shut down its container yard in Limón, according to Inside Costa Rica, with Standard's vice-president Juan Carlos Rojas telling the publication that further closures could follow.

Standard Fruit currently employs around 380 workers at the container yard, which is used to export bananas, pineapples and melons, and the group said that it would meet all its legal obligations and would pay all severance and benefits to workers who are laid off.

Mr Rojas told Inside Costa Rica that problems at ports had made operations non-sustainable in the country, on top of a 40 per cent drop in European banana prices through 2009.

Meanwhile, Del Monte has also announced that it is closing a Costa Rican melon processing plant, located in Filadelfia, Guanacastle, putting 1,500 employees out of work.

The closure has been attributed to lower production through the 2010/11 campaign as well as the drop in the dollar.

Luis Gómez, legal director and head of corporate relations for Del Monte in Central America, Colombia and Ecuador, told the publication that other plant closures may be in the works.