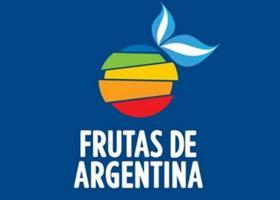 Leading industry bodies in Argentina have joined forces to create a new association to promote Argentine fruit in overseas markets.

It is calling for urgent action from the government to turn around Argentina’s ailing fruit sector and recover the ground it has lost to other Southern Hemisphere suppliers in recent years, by eliminating export taxes and adopting other fiscal policies to reinvigorate the export sector.

Earlier this month, the leaders of the new group met with the country’s Minister of Production, Dante Sica, to warn him about the rapid deterioration of the industry’s exports.

The Argentine fruit sector employs around 176,000 people and generates around US2bn in turnover – US$1.4bn in exports and US$650m on the domestic market.

However, in the last ten years, fruit exports have dropped by 50 per cent to some 750,000 tonnes per year. The main reason for the contraction is that spiralling production costs have made Argentina less competitive than its Southern Hemisphere rivals.

The new body told Sica that they faced a toxic cocktail of export taxes, high inflation, unfavourable exchange rate, rising labour, energy and logistics costs and lack of trade agreements with other countries, which made the country less able to compete with the likes of Chile, South Africa and Peru.

The latter country, it said, had risen from nowhere to become a major power in fruit thanks to a law promoting the agricultural sector, which came into force in January 2001. Since then, the country’s agricultural exports have grown nine-fold, while exports of non-traditional products have increased by 13 times.

“Today Peru is recognised as a major supplier of high quality food,” the association told Sica, adding that the development programme had also reduced poverty levels in the country by 50 per cent.

As well as the elimination of export taxes, the association is calling for the government to implement a package of measures to stimulate regional fruit production, such as labour and tax reforms to encourage investment, mitigate against climate change and improve internal logistics.