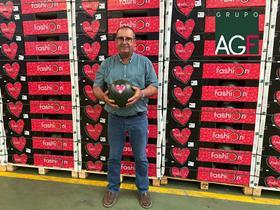 Thanking his predecessor, José García, for his work heading up the brand for so many years, Navarro said it was “an honour to preside over this group and to be able to continue contributing in this new stage of development”.
García, who has chaired the group for more than 10 years, wished his successor good luck and said he had all his support.

Grupo AGF was created in 2002 to guarantee customers with season-long supply of premium quality watermelons grown in greenhouses and in the open field.

It is made up of 16 fruit and vegetable companies located mainly on the Spanish Mediterranean coast, who supply the market from April to October.