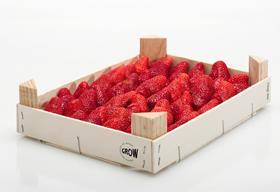 Repair and reuse of wooden pallets has risen sharply for another successive year and now represents a greater volume of the market than new production, according to a joint report by the Timber Packaging and Pallet Confederation (TIMCON) and the Forestry Commission.

The UK Wood Pallet and Packaging Market in 2018, estimated that a total of 46m wooden pallets were inspected and repaired in the market during 2018, an increase of 3.6 per cent on the previous year.

With 44.9m new pallets produced, the number of repairs surpassed production of new pallets for the first time ever.

Presenting the results, Guy Watt of John Clegg Consulting, who carried out the survey, said: “This is a striking trend, which could be a reflection of the increase in the cost of wood – so people are looking to repair rather than purchase new pallets – and secondly, it could be because there is now a recognition of the environmental benefits of recovering and repairing pallets.”

The increasing proportion and overall volume of new pallets being given some form of heat treatment was another of the survey’s notable trends.

The survey also estimates that the pallet and packaging industry is using an increasing amount of home-grown timber, increasing by 17.8 per cent on 2017 to a total of 1.52m cubic metres used during 2018.