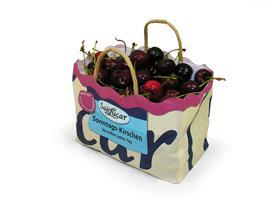 Paper-based containers are the preferred choice of packaging for consumers shopping for groceries and fresh produce, according to an international survey involving people from seven European countries.

Out of the 7,086 consumers surveyed by YouGov, 4,857 indicated that they had a preference for the type of container in which groceries and fresh produce are stored and displayed on-shelf.

The same consumers were also asked, assuming that all other aspects of a product such as price and quality were equal, how much more or less likely they would be to buy a grocery product (eg fruit, vegetables etc) from a retailer using paper-based containers compared to plastic containers. Out of all the consumers asked, 41 per cent stated either that the type of container made no difference to their likelihood to buy a product, or that they did not know. But of the remaining majority of consumers, 85 per cent stated that they would be more likely to buy a product in paper-based containers compared to plastic containers.

The study was conducted in Belgium, France, Germany, Italy, Netherlands, Poland and Spain, with the results mirroring a similar study conducted last year in the UK where, amongst the 1,114 consumers who stated that the type of packaging influences their purchase decision more or less, 93 per cent said that they would be more likely to buy products in paper-based containers than in plastic containers.

Angelika Christ, secretary geebral of the European Federation of Corrugated Board Manufacturers (Fefco), cited the survey as evidence that corrugated packaging is meeting the modern requirements of European consumers and retailers for convenient, attractive and sustainable grocery and food packaging.

“The findings show that paper and corrugated remain the most popular form of packaging across major countries in Europe,' said Christ. 'Conclusion – the results show that consumers are significantly more likely to purchase groceries, including fruit and vegetables, if they are displayed in paper based containers than if they’re displayed in plastic.'