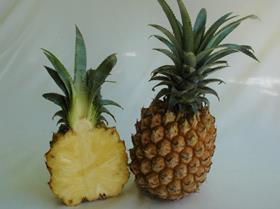 While an increased intake of fresh fruit and vegetables is reported around the world as people look for the best ways to build immunity against Covid-19, there are also other reasons why some fruits are experiencing a boom.

In South Africa, the lockdown has meant that all liquor outlets have been closed and the movement of all forms of liquor banned.

Not to be deterred by the shortages of their favourite drinks, some South Africans have gone back to old recipes to make their own.

In the northern country areas and the Karoo, those who still brew a very strong drink they call ‘Witblitz’ – in English, ‘White Lightening’ – are opening up their cellars to quench the thirst.

More popular, however is the making of beers, from all kinds of fruit.

Errol Morgan of Execufruit at Johannesburg Fresh Produce Market told Fruitnet this week that the price of pineapples has gone through the roof.

“It is not because of the health-giving quality of the fruit – they pay more than R220 per carton simply to make pineapple beer. It is all in the skin which is the key ingredient you need,' Morgan noted.

Pineapple Beer is a South African traditional recipe. People often recall that their parents and grandparents made this regularly. Others say their parents used various grains to do the same.

One blogger recalled that she had been making pineapple beer from a young age. Whenever she managed to salvage some pineapple peels before it went to the compost heap, she would drop it in a bowl with some water and sugar and let it stand. A few days later she had some sweet, pineapple flavoured water with a few bubbles.

She said there was a need to refine things somewhat. She had to improve the flavour and taste – just like good fruit tree breeders would do. But there had to be a bit more buzz from the brew.

You can apparently make wine too – but that is a process not for the faint-hearted.

In the lockdown people are apparently turning to old recipes – and the pineapple growers are smiling all the way to the bank.