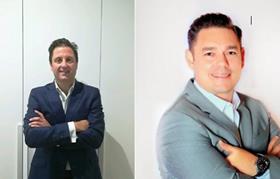 'I’m delighted with this new challenge after joining Planasa one year ago, and extremely motivated to contribute to Planasa’s growth with a great team,” Jiménez said.

Salazar commented: 'It is a great challenge that is presented to me at a very opportune moment in my career, I am extremely motivated to start this great new responsibility and be able to join the great team of Planasa.