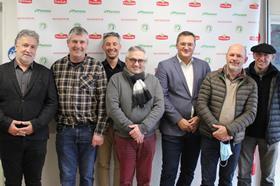 Planasa has agreed to make Priméale its exclusive sales partner for fresh asparagus in France.

Under the terms of the deal, Priméale, a subsidiary of the Agrial group, will exclusively market Planasa’s asparagus varieties until 2023.

Planasa France produces around 700 tonnes of asparagus a year, mainly the white Darzilla variety, which is marketed under the Domaine Saint Jacques and Priméale brands through major French retailers.

Priméale produces around 750,000 tonnes of vegetables a year on farms located in Europe and Africa.

With approximately 1,500 ha, Planasa is one of the biggest nurseries in the world and the world’s leading producer of fresh endive.