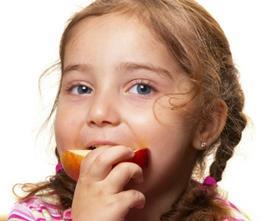 The latest edition of Freshfel Europe’s Consumption Monitor has been released, with data showing that since 2013, EU consumption of fresh fruit and vegetables has very slowly picked up again after a noticeable decreasing trend since the turn of the century.

Despite this, Freshfel said that increasing the number of public and private initiatives to stimulate consumption should 'continue to be strongly encouraged'.

Consumption Monitor data demonstrated a very slight decrease again from 2016 to 2017, and the European aggregate still remains below the WHO consumption recommendation of at least 400 grams per capita per day.

The Consumption Monitor analyses the production, trade, supply and consumption trends of the EU-28, with the latest data of 2017 included.

The document showed that consumption of fresh fruit and vegetables in the EU-28 stood at 348 grams per capita per day in 2017, a slight decrease of 1.1 per cent compared with 2016 but an increase of 2.4 per cent compared to the average of the previous five years (2012-2016).

Freshfel said that the increase over the last four consecutive years was hopefully a positive sign of increasing awareness of the importance of fruit and vegetables in the daily diet. and said it should 'encourage both the public and private sectors to step up efforts to promote the consumption of fresh fruit and vegetables'.

In 2017 EU citizens consumed on average 192g of fresh fruit and 156g of fresh vegetables each day.

'To build the momentum of the overall increasing EU consumption trend, Freshfel Europe, together with Aprifel, have launched an information and promotion of agricultural product campaign, co-funded by the European Commission to raise awareness of the importance of eating at least 400g of fruit and vegetables among 18-to-30-year-olds,' Freshfel stated. 'The campaign, ‘Follow me to be healthy, with Europe’ calls young Europeans to action via the ‘400g Challenge’ on social media.'