Proexca homes in on UK market 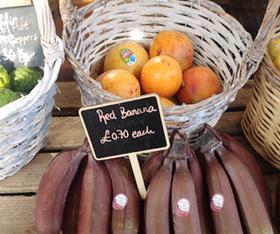 The links between the UK and the Canary Islands go back many years. Canary Wharf in London actually it takes its name from the sea trade with the Spanish archipelago, this being where exports to the UK, primarily of potatoes and tomatoes, were historically discharged.

Today, tomatoes, cucumbers and bananas – destined mainly for the Spanish mainland – account for the bulk of the islands’ fresh produce exports. Now though, the regional export development agency, Proexca, is leading an initiative to identify new markets in the UK for a range of other tropical fruit products.

It has commissioned Promar International to conduct a market research and insight exercise on their behalf to assess future market opportunities. Products that are of interest to the Canary Islands include mango, avocado, papaya, passionfruit, blueberries, baby bananas and cucumbers.

The population of the Canary Islands combined is just some 2.1m, but this is boosted in normal times, pre-Covid, by up to 14m tourists who visit the islands each year. This acts as a considerable boost to the local horticultural sector. The development of exports to the UK and maybe other European markets, though, is seen as holding the key for the future development and success of the industry on the islands.

The Canaries benefit from regular shipping links to the UK and other EU markets by both sea and air freight. The largest airport is on Gran Canaria, while Tenerife has two airports, one in the north and one in the south of the island. The port of Las Palmas, meanwhile, is first in freight traffic for the islands.

It is felt that the image of the Canary Islands is very positive overall. Growers are often small scale and will be looking primarily for niche markets in the UK where they can take advantage, not least, of the potential to offer a lower carbon footprint in certain products than other suppliers from the likes of South Africa, Chile, Ecuador, Colombia and Peru.

These are of course all established suppliers to the UK market over a period of time. A number of UK importers are, however, already procuring a range of fruit and vegetables from the Canary Islands and there appears to be an inherent interest in finding out more about what the islands can realistically offer in the future.

It is expected that towards the end of the project, Proexca will organise a series of business development trips to the Canaries for those UK companies that are most interested in developing further business. The results of the work carried out by Promar will also be presented to groups of growers and exporters on the islands. Proexca has also suggested that a promotional campaign might be funded to boost the exports of Canary Islands produce to the UK in the future.

Proexca’s London-based director, Veronica Ducore, says: “the UK market is a very attractive one for horticultural producers in that for many of the products we can grow in the Canaries there is no local UK production and demand for tropical fruit is still on the increase.

“We are aware that the other suppliers to the UK are well established, but we believe we can take advantage of selected opportunities that exist in niche areas of the market.”

Ducore believes the combination of Brexit and Covid is fundamentally changing the nature of UK market demand and distribution. She says Promar’s research will help Proexca understand more about the opportunities in the UK and then communicate this to its growers and exporters on the islands.

“We have a track record of supplying the UK market in the past, but we want to stimulate the diversification of our exports. The role of Proexca is to help facilitate this and then support horticultural businesses in the development of trade and market development with the UK,” she explains.

“We are encouraged by some of the early feedback we have been receiving. While we know the UK is a highly competitive market, we are looking to build exports to here over a period of time. The real challenge for Proexca will be once the research work has been completed and we look to assist our growers and exporters to seriously look at the UK market for their produce.”