Canadian pension fund wants to increase its stake in the berry company from 4.88 per cent to up to 49.9 per cent

Hortifrut’s controlling group – comprising the Moller, Quevedo, Del Río, and Elberg families – has approved the launch of a Public Share Offering by PSP Investments. The Canadian pension fund has been a shareholder of the Chilean company since 2018, and currently owns 4.88 per cent of the shares. 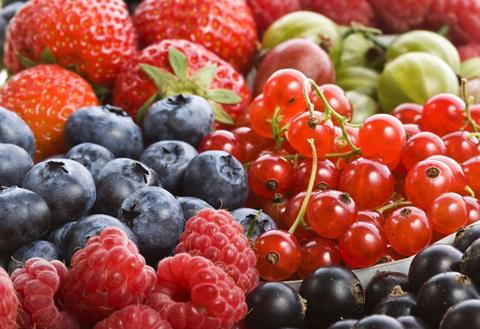 PSP Investments will launch a tender offer for 100 per cent of the company’s outstanding shares at US$1.63 per share, representing a 95 per cent premium over the latest market price of US$0.84 The transaction will be successful if PSP Investments reaches a 36 per cent equity ownership in Hortifrut. Otherwise, the offer will lapse.

The launch of the tender offer will be subject to obtaining customary regulatory antitrust approvals from the applicable jurisdictions and amending Hortifrut’s bylaws to enable PSP Investments to comply with applicable laws.

As per the material event notice provided to the Financial Market Commission (CMF), the Controlling Group will sell in the tender offer Hortifrut shares representing 3.72 per cent of share capital and will retain 50.1 per cent ownership. If all other Hortifrut shareholders accept the offer to sell their shares, PSP Investments could reach up to 49.9 per cent equity ownership in the company.

The transaction is expected to close in the first four months of next year. The parties have declared that they intend for Hortifrut to cease to be a listed company.

The agreement between the Controlling Group and PSP Investments also regulates the corporate governance and the transfer of shares of Hortifrut after the tender offer. To be effective, it requires that a party holds at least 35 per cent of the share capital. It also contemplates a list of reserved matters that would require the approval of both parties.

If the tender offer is successful, the parties have agreed on the number of directors that each will be entitled to elect, with the controlling group retaining its right to elect the majority of Hortifrut’s board. Additionally, one of the directors must be independent.

Both parties have agreed to a one-year lock-up period on completion of the tender offer. In the three years after the lock-up period expires, the controlling group will have the right but not the obligation to sell Hortifrut shares to PSP Investments on the condition that its ownership in the company does not fall below 35 per cent and that PSP Investments’ total deployment, including potential future equity injection in HF, does not exceed US$660m.

Andrés Solari, Hortifrut’s vice president, said: “We believe this partnership will be productive over the long term. With a shareholder of the nature of PSP Investments, the company should be in a better position to consolidate its leadership in the fruit industry and strengthen its commitment to innovation, the environment, our collaborators, and the communities where we operate.”

Marc Drouin, senior managing director, real assets and global head of natural resources investments at PSP Investments, said: “We are pleased to strengthen our long-standing partnership with Hortifrut and the families behind what we consider an industry leader with a quality management team and diversified operations that maintain ESG standards among the highest in the sector.

“This proposal reflects both the respect we have built up for the Hortifrut business since our first investment in 2018 and our desire to continue expanding our global footprint in the agriculture sector alongside best-in-class management teams and partners who share our commitment to responsible and sustainable investment.

“With our combined expertise and support, we believe Hortifrut can continue growing its leadership position in the global berry industry.”