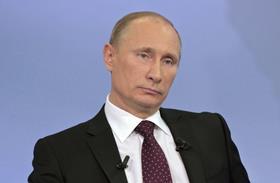 Spain’s fruit and vegetable industry has reacted with dismay to President Vladimir Putin’s decision to extend Russia’s ban on agricultural products from the European Union to 31 December 2020.

The move follows the agreement reached at last week’s EU summit in Brussels to extend economic sanctions to Russia for six months.

Sources at Murcian grower-exporter Gruventa said the move was “without doubt very bad news for our entire sector, and a very grave error as it continues to negatively affect the interests of the entire industry”.

Since the ban came into effect in August 2014, European suppliers have been displaced on the Russian market but those from countries like Egypt, Morocco, Argentina, Chile, Brazil and Mexico.

“It will be very difficult to recover our market share and claim back the position we had before the ban,” Gruventa said.

Alfonso Gálvez Caravaca of producer union Asaja-Murcia said it was vital for the European Union to intensify all diplomatic efforts to get the veto lifted.

“Fortunately, Murcia’s agri-food sector has been able to carve out new markets to compensate for the loss of the Russian market, such as Asia, the Middle East and the US,” Gálvez noted.