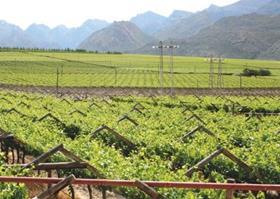 Growers in South Africa’s late table grape region, the Hex River Valley, have delayed harvesting due to the summer rains that hit the region over the weekend.

SATI said that normal harvest and packing activities are expected to resume from the end of the week. At this stage, the crop estimate from the Hex River region remains the same and the outlook is positive.

“Packing in South Africa’s Hex River table grape production region has been delayed this week (week 4) due to summer rain over the past weekend,” said SATI in a statement. “Producers in the region expect to resume packing towards the end of the week. The rains in the Hex River Valley were not accompanied by the strong winds that lashed the Cape Peninsula over the same weekend.”

The potential impact of the rain is limited to only the grapes that were ready for harvest at the time, SATI continued. “Most of this region’s early and more sensitive cultivars have already been harvested, keeping in mind that the season started a week earlier. Producers have also placed grapes under plastic for protection.”

In reassuring receivers, SATI explained that the bulk of the Hex River crop was made up of mid to late cultivars, which are stronger and in any event still unripe – meaning that rain hardly affects it negatively. “In fact, there is even relief in some areas where water availability was a concern. The crop estimate for this region remains unchanged and the outlook positive.”

The Hex River Valley is expected to pack around 20m cartons of table grapes this year. Meanwhile, the Berg River region, which received minimal rain, is packing as normal.

SATI said that it would release its bi-weekly industry newsletter later this week, which will contain a full update on intake and export figures, as well as the regular update on all five production regions.

Industry experts noted that stopping packing after rain has been practiced for decades to allow the grapes to properly dry off.

The widespread rain across the south-western areas of the country, as well as in the drought stricken central regions, will do much to lift spirits in the agricultural community. However, the north-western parts of the Northern Cape, as well as parts of the Karoo, are still experiencing serious drought conditions.