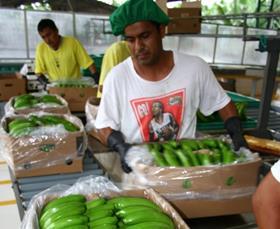 “People will not stop eating bananas and we hope that prices will improve once Ecuador reduces its export volume,' he said.