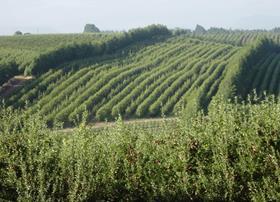 Electricity supply to South Africa’s fruit exporting regions has returned to normal – at least for now.

Government sources say the country will not have interruptions until January 2020 at the earliest.

This has brought a collective cheer from fruit growers in the Cape region and the Orange River who can now face the peak of their early season with more optimism.

It means that Orange River and Western Cape exporters can now proceed with normal packing and cooling of stonefruit and grapes.

Vital irrigation scheduling at a crucial time for the later varieties can also now proceed without interference.

There was major distruption through the whole of last week when the electricity supply network failed and the supply company, ESKOM, introduced a comprehensive programme of load shedding.

ESKOM’s problems have caused major problems for all sectors of the South African economy. Observers say it is also unlikely that this will be fixed soon and sceptics say more interruptions may follow next year.

The supply company revealed that demand from major businesses declined last Friday at the official start of the holiday season. Heavy rains in the north of the country which affected power generation also cleared.

SATI managing director Willem Bestbier said all packhouses and cold rooms rely on electricity. “Our products are very sensitive and maintenance of the cold chain and a low temperature regime forms part of our formal and legal enforceable international phytosanitary rules. Temperature interruptions in our phytosanitary shipping protocols can rule those consignments out for exports.”

Grape industry sources stressed last week’s interruptions would not affect pre-Christmas arrivals in the UK and Europe. The last pre-Christmas shipments of grapes is due to arrive this weekend.

So far, the early promise of a strong market during December has materialised. UK Importers say there is even a shortage of white seedless as the situation changed completely from last year’s oversupply during the early season.