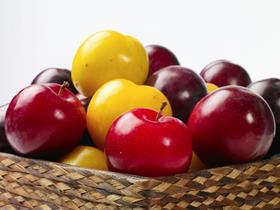 South African stonefruit growers are expected to ship their first fruit of the new season to Northern Hemisphere markets later this week.

The start of the new season comes at a time when it is reported that the last Spanish and Italian fruit of the European season will enter the market this week.

Supplies from both countries have been curtailed by unfavourable weather, bringing an early end to the season.

South African sources have said that demand for the early South African fruit is expected to be high, with possible shortages of stonefruit being experienced. The question is whether sufficient fruit can be airfreighted during this period to meet demand.

Airfreight is still restricted due to the effect of border closures on air travel. The South African government recently announced that some of the restrictions on air travel will be lifted from the beginning of October, but fruit industry sources said it was initially not expected to make much difference to the available airfreight capacity.

They pointed out that early producers of stonefruit in the north have had to compete for limited airfreight capacity with berry, vegetable and even flower exporters.

Producers in the Cape will also start harvesting their early fruit soon, but are expected to focus more on sea shipments and leave the limited space on aircraft out of Johannesburg for the northern producers.

It is unlikely that airfreight capacity out of Cape Town will return to normal soon. In the initial period, it is also expected that passengers will be favoured for allocation of space rather than produce as flights to Cape Town return to normal over the next few months.

All these factors combined may well affect the supplies of South Africans produce during the next few weeks to major UK and European receivers.

It is unlikely that any containers of stonefruit from the Cape will be loaded during the next two weeks – and thereafter it will take two weeks by sea, and time to distribute from depots to stores. The relative short supply could therefore last for at least another month.

For the major South African stonefruit growers there is also good news for the season ahead. The Cape has had good rainfall this year, and with the exception of the Little Karoo regions crops will most like return to pre-drought levels.

In the Little Karoo growers have suffered great losses and have had to remove whole orchards of trees. There the recovery will last much longer.

The first South African stonefruit crop estimates will only be available toward the end of October, but it is generally accepted that export volumes could be boosted by the generally better climatic conditions.