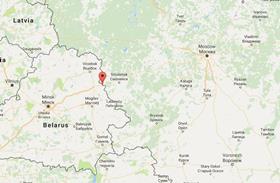 A country road connecting Russia and Belarus has been secretly upgraded by smugglers to allow lorries filled with contraband EU fruit to bypass Russian customs officials, according to a report from the BBC.

Alexander Laznenko of the Smolensk Region Border Agency told Tass news agency of the use of heavy earth-moving equipment at night, as smugglers attempted to 'widen and raise the gravel track, and put in more turning and passing points'.

According to local administration chief Sergei Listopadov, the road was previously only negotiable by horse and cart, and he joked that he’d consider writing a “letter of thanks” to those responsible.

Laznenko revealed that customs officers had put the 4.5km track under constant surveillance. Customs officers this month ambushed a convoy of nine lorries loaded with 175 tonnes of Greek and Polish fruit worth Rbs13m (€177,282).

However, customs officials do not reportedly have the authority to block the road or dig it up, while those responsible for improving the road through the tiny Russian village of Klimenki remain unknown.

Laznenko said that the number of lorries crossing legally from Belarus has increased significantly since the Russian ban was introduced last year to 73,000, with all trucks requiring inspection by Russian customs.