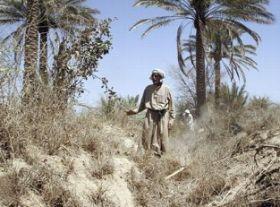 Iraq is currently suffering the most critical water shortage since the earliest days of its civilisation, according to the Guardian newspaper, with up to 2m people in the south facing the possibility of no electricity or drinking water.

In addition to six years of war and occupation, the country has been hit hard by two winters of well below average rainfall. Last year, Iraq received half the annual average, the year before just one-third.

As such, opportunities have recently opened up for nearby exporters. Ali Arjomandi of Dubai-based importer-exporter Marhaba General Trading says that demand in Iraq is rising significantly. 'They’ve opened up the market,' he told Fruitnet.com. 'In the past, we didn’t send any produce to Iraq. Now, people are coming from Iraq to visit us here in Dubai to buy apples and citrus. Most of our customers supply the local Iraqi market, but there are others who also supply the US troops.'