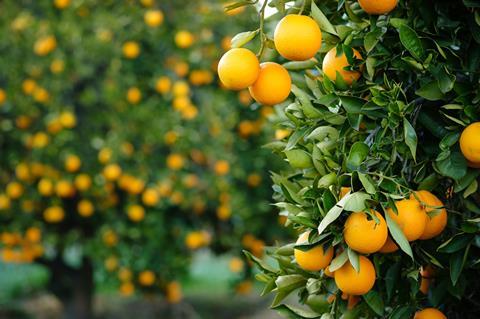 The South African citrus industry is scrambling to avert disruptions in its citrus exports to the European Union due to changes in regulations governing the importation of oranges into the EU.

The new regulations, which deal specifically with orange imports from South Africa and other sub-Saharan countries, were published in the Official Journal of the European Union on Tuesday and will come into force today.

Orange consignments shipped prior to 24 June will be exempt from the new requirements if they arrive in Europe before 14 July.

The way in which these new regulations were forced through the European Commission has clearly angered South Africans. Justin Chadwick, CEO of the Citrus Growers’ Association (CGA), told members of the South African industry that the CGA always placed its faith in science and has structured itself to develop its business in this way.

“The events of the past few months have revealed that politics often trumps science,” he said.

“The CGA and DALLRD (South African Department of Agriculture, Forestry and Fisheries) fought against this new legislation from when it was first proposed. We will now appeal the decision, which is expected to come into effect on 14 July. We will keep growers informed.”

Behind the scenes however there is major concern about the effect this will have on the South African export season and the future of exports to Europe. One observer commented that South Africa has become expert in dealing with phytosanitary protocols to several countries, but the scale of the action now required almost overnight and in the middle of the season makes things extremely difficult.

Chadwick was less diplomatic in his response. “In case anybody doubts that these measures are anything but political, one just needs to look at the facts,” he said. “After deliberating the new measures for two days and realising the inherent flaws therein the EU Standing Committee on Plant, Animal, Food and Feed (SCOPAFF) withdrew the measures on 29 April.

“This caused great consternation in Spain, and the Spanish Minister of Agriculture’s job was on the line. He flew to Brussels on 3 May and addressed a DG Agri meeting; essentially demanding that the measure be reintroduced. In a hastily convened meeting the next day SCOPAFF reintroduced the measure and voted on it, all in one day!

“At the DG Agri meeting, ministers from EU member states underlined the need for measures to be necessary, justified, proportionate and feasible. The published measures meet none of these criteria”.

Chadwick maintained that the measures are not necessary. “South Africa operates a sophisticated Systems Approach for FCM Risk Management, which already includes different cold treatment protocols, in conjunction with the categorisation of fruit in phytosanitary risk categories, established through intensive pre- and post-harvest sampling and inspection,” he explained.

He noted that cold treatment protocols are then adapted to: (a) the risk profile of the specific fruit in question; (b) the conditions and logistical realities across a vast country; and (c) the characteristics of the fruit in question, including its cold tolerance.

“This offers the flexibility inherently required by a large range of produce produced across a large and diverse country and ensures, based on the best available scientific research, that the systems approach meets Probit 9 efficacy standards.”

Moreover, Chadwick claimed that the measures are also not justified because there is no crisis about interceptions for False Codling moth relating to citrus imports.

“South Africa’s track record shows a decrease with 14, 19 and 15 notified interceptions over the past three years (specific for Citrus Sinensis: 14, 12 and 10), and FCM has only been a quarantine pest for this length of time,” he said.

Chadwick pointed out that the downward trend was positive news, especially in view of the increased volumes traded, insofar as 99.98 per cent of all shipments had no interceptions, and for 7 out of 15 interceptions in 2021 no good evidence was provided that the intercepted larvae were alive. “If anything, there is an issue with other commodities (flowers, vegetables) from other origins,” he said.

Finally, Chadwick said the new regulations are excessive. “The proposed measures would severely impact South African exports to the EU, which are valued at €1bn per annum,” he said.

“There are clearly less trade-restrictive and equally effective measures available such as the continuation of the existing Systems Approach, which has been further strengthened ahead of the 2022 season.”

What will happen next is anyone’s guess but those with experience in negotiating with Brussels say it will be very difficult to stop the EU machine once it is on the move.

That is why there is a scramble this weekend in citrus circles in Africa – with the Valencia orange season, the biggest single citrus category still to be packed and the oldest and largest market now at risk.