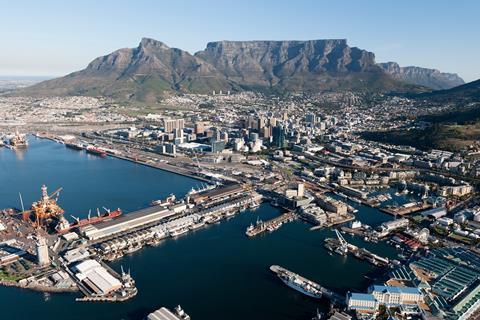 South African Berry association Berries ZA has aid that even if the current port strike is resolved tomorrow, the resulting backlog would take weeks to clear up.

So far, transport authority Transnet and the striking unions have been unable to resolve the strike, with unions rejecting the latest offer.

Berries ZA said that it was ”gravely concerned” about the outlook for the berry industry with no end to the current strike in sight.

“Despite engagements with Transnet last week, no contingency plans have been put in place to ensure shipments of berries continue leaving South African ports,” the association said.

“As a result, more than 80 containers of berries destined for European markets have been sitting at the ports, with the strike currently costing the industry more than R134m a week and putting thousands of jobs at risk.”

”Even if a solution to the current impasse is found in the next day or two, the backlog in the berry value chain will take weeks to clear resulting in hundreds of millions of rand in further losses for the sector,” Berries ZA stated.

There are now also indications that other fruit export categories are also severely affected by the strike. One unconfirmed report spoke of many containers with apples for export being trapped at Cape Town port, while the first stonefruit shipments of the new season are due to be sent this week.

Citrus is also still being shipped in containers from various ports and will be affected by the strike.

Berries ZA said that the disruption to the country’s exports had come at a time when load-shedding, due to collapses in the country’s electricity supply infrastructure, was already undermining South Africa’s cold chain systems and therefore the ability to meet international standards.

“Together with the Transnet disruption, these challenges pose long-term threats to South Africa’s reputation as an exporter and perception as a reliable supplier of high-quality produce.”

The statement said that despite the Transnet Executive team indicating they would put contingencies plans in place to ensure critical goods would continue being exported during the strike, this has not materialised.

“That this scenario was not adequately planned for in advance points to poor leadership at the ports authority, which has put South Africa’s entire economy at risk.”

This includes the livelihoods of 30,000 workers in the berry industry, with at least 90 per cent of these employees being economically vulnerable women in rural communities.

The daily cost of the strike has been suggested as running into R1bn per day, the statement continued.

Berries ZA said that in the light of this the country should reconsider the current Transnet monopoly on port operations.

“The berry industry alone was expected to contribute at least R3bn in export revenue this season, which now stands to be lost. South African businesses need alternatives to the deeply troubled Transnet-operated ports. It is therefore essential the government as well as the Competition Commission review the impact of the status quo on South African businesses and livelihoods.”

The association insisted that the ports authority put emergency plans in place to mitigate the impact of the current strike on the economy.

“These plans must also include action steps to clear the ever-growing backlogs across a range of critical industries as quickly as possible, once the strike ends.”