Spain kicks off US citrus campaign 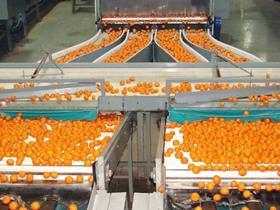 Spanish citrus exporters are looking to claw back some of the ground they have lost in the US market due to strengthening competition from other sources.

The first shipment bound for Philadelphia set sail from Castellón on 26 October, carrying 2,000 tonnes of clementines supplied by a number of companies including Anecoop, Martinavarro, Nulexport and García Ballester. It is one of around 12 weekly sailings that will depart for the US until January.

US-bound shipments of citrus from the port of Castellón have fallen by 37 per cent over the past four seasons as the US has opted increasingly for citrus from Morocco. The market has also expressed a clear preference for late season Southern Hemisphere varieties such as Nadorcott and Orri over those that Spain produces during the early season.