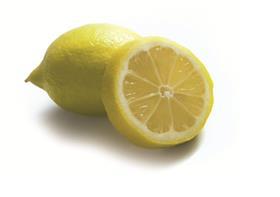 Spain is on course to harvest a lemon crop of 1.25m tonnes next season according to the first forecast for the 2020/21 campaign released by Ailimpo on Friday.

This initial estimate – a rise of 10 per cent on 2019/20 –is subject on the availability of water in summer and autumn rains, the interprofessional said.

The Fino crop is expected to weigh in at 845,000 tonnes, an increase of 14 per cent year-on-year, with “optimal” sizes thanks to the good availability of water.

Verna lemon production is forecast to reach 300,000 tonnes, a contraction of 2 per cent compared to last season.

Ailimpo said it expects a profitable campaign with “a good and fair balance of prices and distribution of economic value throughout the chain” that will allow Spain to remain competitive against “the aggressive supply of lemon from competing third countries such as Turkey and Egypt”.

“Furthermore, GlobalGAP and GRASP certifications are key elements for the next season, within our strategy to differenciate Spanish lemons and promote sustainable economic, environmental and social production,” the body continued.

Spain is the world’s leading exporter of fresh lemons and second biggest exporter or processed lemons. The sector generates around €700m a year and provides more than 20,000 direct jobs.